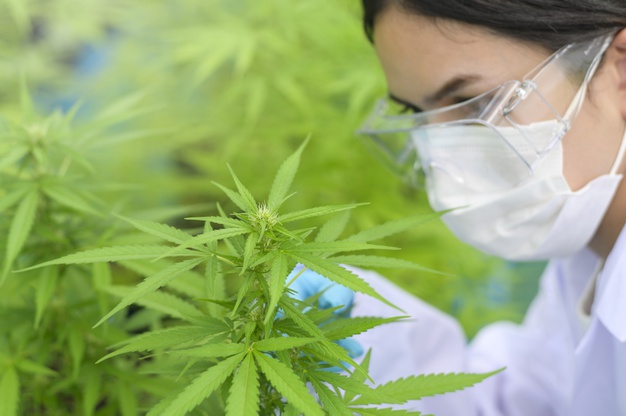 For over 10 millennia, the enigmatic and powerful Hemp plant has provided humankind with nutrition, industrial fibres, tools for medicine and inebriation. How do we know this? Scientists and archaeologists uncovered jars of dried hemp plants found in ancient areas of the Middle East and Asia that dated over 10,000 years old. Cannabinoids, the bioactive and often medicinally potent active substances generated within the Hemp plant, influence and interact with specific receptors of the human body. These receptors are situated across the body – from the brain, spine and spleen to gut. The differing receptors are in the body and brain and each are affected and respond differently. There are many varieties of cannabis including sativa and indica, which express different chemistries that affect the body and mind differently and provide unique therapeutic properties as well.

When it comes to cannabis varieties, some have high THC (psychoactive abilities) and low CBD (non-psychoactive) and vice versa (known as hemp). CBD – cannabidiol – which can be found in some hemp plants (typically low THC), has been proven to be effective with little to no high. CBD is the acronym for the chemical compound Cannabidiol – one of 119 Cannabinoids found in Hemp. Asian traditions alone document hemp as an important herbal medicine over 4,700 years ago. History suggests it was first used as a spice well before it was heated, smoked and liquefied as a type of butter. Hemp and Cannabis were used extensively in the United States from the early 19th century as sleep aids, anti-inflammatories and for use with issues like chronic pain or injuries to assist with recovery. By many tribes like the mongols it was also used in a highly therapeutic manner for relaxation and rejuvenation.

How full spectrum hemp oil was studied in contemporary times

What’s more is that hemp was used to help with pain well before the chemicals of the pharmaceutical industry took over to block signals to the brain via metabolic pathways which often resulted in partial or whole toxicity. Doctor Reynolds was the personal physician to Queen Victoria. He wrote in depth about the benefits and therapeutic uses of hemp and CBD in his medical journal, stating that “In almost all painful maladies, I have found Indian Hemp by far the most useful of drugs”. In 1925 the League of Nations ratified the International Opium Convention, which included language banning Cannabis and its derivatives except for medical and scientific use. Years later by 1938 it was banned in all 48 states and the powers that “were” pushed the perception for decades as a dangerous narcotic through fear-mongering and false data, forcing it underground and then into the cartels. In the early 1900’s farmers were given “certificate of value” for their Hemp plant production. It was a common production material for fibres, farming textiles, paper, rope clothing, building materials and more.

Eventually in the 1960’s through scientific research in the US, the powerful psychoactive ingredient was uncovered in the Cannabis plant and was called delta-9-tetrahydrocannabinol (THC). Hemp, unlike Cannabis, has very low amounts of “naturally occurring” THC in the plant and is therefore more recognized as medicinal. Hemp can be produced with or without CBD in it depending on the strain. Hemp is also an amazingly unique plant with abilities to be useful, robust and flexible and was used for clothing, sails for ships, paper and an innumerable other uses all over the world in the 1800’s. Hemp seed oils were also used for hundreds of medicinal and nutritional purposes. Hemp is a “remarkable” plant with an array of great biological traits. For example, Hemp is an efficient Bio-Remediator which means that when planted will actually remove toxins from the soil around it. Hemp uses significantly less water than other crops like corn or maize. Additionally, it grows with minimal to no fertilizer, pesticides and herbicides (though these are often added for efficacy).

An example of a pesticide used on hemp often is Glyphosate. Glyphosate is the poison that is used as a pesticide (made by Monsanto Corp) in crops and has been linked to Autism, Alzheimer’s and many other conditions in the human brain, as well as cancers. Since research on the human genome has proven that 90% of all diseases come from environmental factors – a clean environment can improve health & wellness for all of us. Hemp and Cannabis are in the same plant family, but very different plants. Indeed, many users deliberately seek out organic varieties of cannabis or hemp and their products in order to avoid nasty pesticides or herbicides like glyphosate.

What are the reasons people use full spectrum hemp oil? Well, the research is highly varied and there are numerous purported benefits of full spectrum hemp oil usage in the body. Some of the major benefits discovered by using full spectrum hemp oil are as follows: firstly, it metabolises and operates within the body and brain in a way which can help nullify and reduce seizures. This assists with Multiple Sclerosis and other conditions that cause seizures. Some of the other maladies it can assist with include Acne, Pain, Insomnia, Anxiety, Nausea, Skin Conditions, Chronic Fatigue Syndrome and more – this is due to it affecting both the brain and body through the CB1 and CB2 receptors respectively.

But how exactly does this occur? The answer lies with an enzyme. Cannabinoids from hemp extract triggers the suppression of FAAH or fatty acid amide hydroxylase. This enzyme subsequently degrades down to anandamide, which is possibly the first endocannabinoid compound discovered in the mammalian brain in the early 1990s. While cannabinoid molecules found in cannabis are known as éxogenous ligands, anandamide is endogenous, meaning it is produced naturally by the human brain. It’s only triggered by the enzyme when joining with the cannabinoid receptors.

When you take full spectrum hemp oil, you are assisting your body’s natural ability to pool up or increase the production of Anandamide as well as the family of Glutathione. This increase in Glutathione influences 3 things 1. Antioxidants 2. Detoxification 3. Protein repair Additionally some of the cannabinoids in hemp can help to turn down genes that are pro-inflammatory like EMF stress or Peroxy Nitrates and other VOCs like air pollution. The best education you can get about Phospholipids is Bruce Lipton’s work. Bruce Lipton is a Cellular biologist who proved that the cell does not die when you remove the nucleus. Epigenetics and Membranes are fascinating to study…after all; it’s how your body works. The intelligence or Brain within the cell is not in the nucleus. This was believed to be the case for decades. Bruce proved otherwise. The Nucleus is just the vault or library that holds or stores all the “potential” that your genes offer.

But it’s the membrane that “reads” the environment. This is our energy, which includes our thoughts, both subconscious and conscious, nutrients and any toxins that may be present in our system. Remember we are both chemical and electrical beings. So the membrane decides what is needed based on the condition. If we DO NOT have the resources within our body to stop this aberrant condition, it goes on. With full spectrum hemp oil, we are simply providing another natural phyto-nutrient to the mix that will allow these membranes to have the resources needed to stop pain, anxiety or help heal that particular condition. It is vital to feed our cells the stuff that they need to function. We need healthy phospholipids. When cells are not fed right they become damaged, and they cannot function optimally. This is why hemp extract doesn’t work for some people at low doses. It will work, you just have damaged cells and need more dose.

A view at the cellular level of hemp’s effects

A better diet helps full spectrum hemp oil work better at low doses. Cells are made up of Organelles. All of the Organelles are made up of Membranes. Membranes function with electrical and chemical balance. Mitochondria are the energy factories of the cells. This energy-rich molecule is called ATP or Adenosine triphosphate. ATP is produced in the mitochondria using energy stored in food. This is called Electron Transport Chain ETC. Damaged cells cannot operate properly to regulate homeostasis. Thus as you can infer here, full spectrum hemp oil is able to help support and stimulate homeostasis to ensure the body can function to the best of its ability and recover fully post strenuous training.

You will hear or read that CBD is illegal in the United States, but this statement is currently untrue depending on the potency and other factors. Some CBD has a high level of tetrahydrocannabinol (THC) which makes it illegal as a Schedule I drug in the United States. There is one important statute to “understand”. As long as there is less than .3% THC in the pharmaceutical grade CBD, then it falls under the exemption of Drug Enforcement Admin 357 F.3d 1012 (9th cir. 2004) CSA definition of marijuana but recently the government has become more involved with regard to Hemp-based extracts and unfortunately for all of us may soon be taken from us over the counter. Stay involved and help us keep this low cost natural medication legal for all of us. In Australia CBD was recently approved for over the counter sales in pharmacies. Whether this expands to include all states and territories in allowing suppliers to provide direct to consumer products via non pharmacy access is still not yet certain.

The National Poison Data System produces a report on various deaths. The 174-page detailed report indicated that the number of Americans killed in 2009 by vitamins, minerals, amino acids or herbal supplements was zero. We know from this and many similar studies both cannabis and its derivative products like full spectrum hemp oil are very low risk to health and primarily therapeutic in their effects on the body. There were 300,000 deaths from “auto” wrecks. This number is rising due to mobile devices distracting people constantly. There were at least 1.5 million Americans who got cancer and more than half died from it. That’s 750,000 people dying of a preventable and curable cellular disorder. Additionally there were 375,000 deaths from heart disease and 140,000 deaths from strokes. Alzheimer’s and Dementia were the sixth leading cause of death that has a grip on over five million Americans right now and kills one in every three seniors.

We’ve covered much ground today on our favourite topic – full spectrum hemp oil. In this article we ran through some of the history of hemp, including its industrial uses and ancient beginnings. After this we explored much of hemp and hemp extract’s more contemporary history, covering how it is produced, key discoveries by different scientists and pharmacists and more. Looking deeper, our piece shifted towards cell biology, taking a glance at how CBD benefits the body at a cellular level, across differing cell organelles, from the mitochondria to cell membrane and more. We briefly touched on the impact of diet on your holistic supplementation approach, in addition to making a couple of notes on legality in different countries in addition to safety. For more insights and details on this supplement and its great health effects as well as history, take a look at some of our other blog articles.