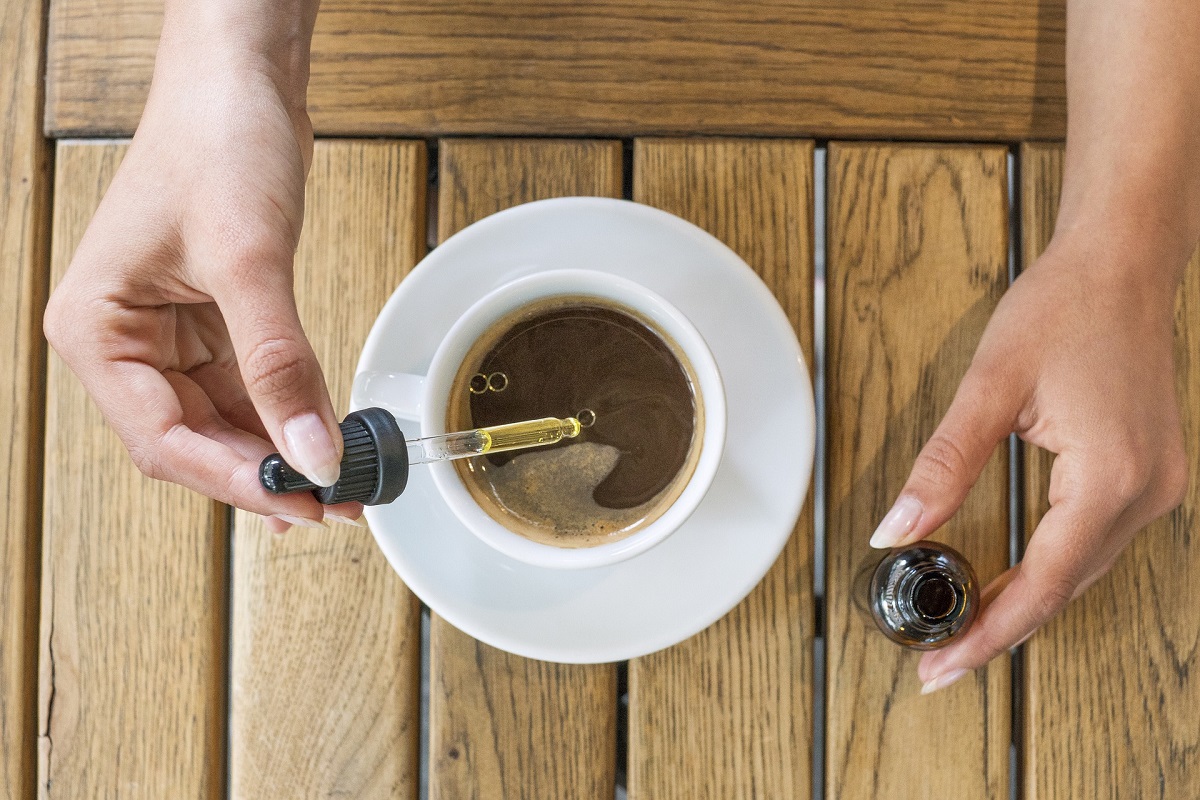 So you’ve come across CBD hemp oil – CBD is an acronym which stands for ‘Cannabidiol’ – what exactly is this? A naturally occurring compound produced by hemp plants. It’s simple right? Well, not exactly – there’s a huge growth in popularity and buzz around CBD and we’re here to explain why that is and what exactly the compound is, under its various monikers such as hemp oil, hemp extract oil and hempseed oil.

Hemp plants (where CBD comes from) actually contain a broad spectrum of other helpful, beneficial plant compounds. Indeed there are actually many varieties of cannabinoids outside of CBD such as CBA or CBC – each plant contains up to 80 different cannabinoid compounds with different properties.

Where is the hype around CBD oil, creams and other products coming from?

It’s one of the most hyped and reviewed health products in 2020 – but why? We’re seeing write ups from Buzzfeed, Washington Post and other huge news publications, blogs, review sites and across the net. The buzz is real. But is the product and its benefits?

In many countries you can’t avoid CBD and hemp oil products – they’re everywhere. That’s because CBD is so useful and versatile – it can be added into coffees, food, smoothies as an oil, be used as a topical cream for stiff or painful joints and muscles, used in lotions or massage balms and more. The actual pure distilled substance of cannabidiol is a yellow crystal, but this is usually melted down post extraction into liquid forms to enable easier mixing and usage across the spectrum of hemp products.

In places like some US states and many countries in the EU, CBD has been legalised or allowed for medical purposes, hence its widespread adoption, popularity growth and huge interest from people that need relief from inflammatory issues like arthritis, anxiety or seizures. It can even be taken as gummies or edibles, as capsules and more which makes it great for easy use and convenience.

What’s also great about CBD is that it is completely vegan – the compound comes entirely from plant sources and is all natural meaning you don’t need to worry about harming animals or unethical consumption.

Why the growth in buzz and popularity around hemp extract oil and creams?

Aside from the above mentioned versatility, availability and usefulness of the product, there are a number of factors that have lead to an explosion in popularity in the last couple of years:

The WHO, in its in depth health report on CBD highlights the effectiveness of CBD in treating epilepsy frequency and length. It’s clear the compound has an ability to protect the brain and mind (neuroprotection) which are not all completely understood yet under the current level of research. What’s also emphasised in their report is the fact that patients had no withdrawals or issues when stopping their usage of the product.

Numerous companies in the US and elsewhere have been working on developing prototype lab made CBD pharmaceuticals. Epidiolex® is one example of a medicine being created to treat epilepsy that leverages pure CBD. The FDA in the US is evaluating a number of other medicines which are currently moving forward in their clinical trials and illustrating effectiveness in treating patients with epilepsy.

So let’s break it down, firstly starting with – what is a chemical compound? (an example being CBD).

In scientific terms – compounds are the molecular building blocks that make up all matter. They may also be called chemicals, whether man made or naturally occurring. Your entire body and all the food you eat is made up of compounds and molecules!

Cannabidiol is one of the many (up to 80) different cannabinoid compounds that are naturally produced by the hemp plant. It’s primarily produced and found in the leaves, buds and stems of the plant. This is where it differs from hemp seed or hemp oil which is found in the seeds of the hemp plant only.

CBD content in hemp is one of the most rich and prevalent compounds in the plant. Like many other natural compounds such as Curcumin or Cinnamon, it is from plants and can help the body reduce inflammation as well as manage pain and other issues (we’ll go into this later).

How is CBD natural? What plant does it come from?

One of the key things that confuses many people interested in buying and using CBD oil is the plant it comes from. To conceptualise this, we’ll start with the hierarchical ‘mother’ or umbrella plant family called Cannabis. Cannabis (scientifically called cannabis sativa) actually has multiple plant species within its botanical family including Hemp and Marijuana. These two species aren’t to be confused!

Hemp is completely non-psychotropic when extracts like CBD are taken from it. It contains only very small trace amounts of any THC. Marijuana is completely separate to hemp and contains different natural compounds like THC which can get you high and has many potential risks associated with it for your health. Hemp on the other hand is completely safe and is already being therapeutically used for medicine after multiple rounds of clinical trials across the world (via CBD).

The key here is CBD will not get you high at all as it doesn’t produce any psychoactive effects on the brain. It’s also non-psychotropic and non-toxic that means it’s safe for human consumption and therapeutic purposes for relief.

In fact, the WHO or World Health Organization has reviewed CBD as a compound for its therapeutic purposes and medical benefits here. It details the toxicology and adverse reactions of the substance which are very minimal in humans after extremely thorough and extensive trials.

This extensive report which cites numerous studies and clinical research across the globe from Germany, the UK, US and other countries also concluded there are no addictive properties or issues with dependence associated with CBD which is excellent for people who have problems with addictive painkillers. It notes that CBD that is lab produced and pure has almost no adverse effects or issues in any of the subjects tested.

How was CBD and other hemp compounds discovered?

Although it’s probably the most beneficial and helpful in terms of its therapeutic effects, cannabidiol is just one of the many other compounds that are active in the hemp plant and its chemical makeup.

The hemp and cannabis derivative plants have been studied since the mid 20th century intensively. That’s because it’s both widely used and available across the world, both in recreational and therapeutic or medical contexts. Scientists and researchers have known about Cannabidiol since it was discovered along with a number of other phytocannabinoids in 1940. There are a total of 113 cannabinoids which were found in cannabis plants, although CBD is around 30-40% of the extracted compound make-up of the plant.

Originally when it was uncovered scientists were unaware of the potential uses and therapeutic effects of the chemical until these were researched much later in the 20th century. This is because the chemists didn’t look to physically extract each of the individual cannabinoid compounds that were active in the hemp plant through pharmacological methods until much later after the original CBD structure was identified. Its effects became much more studied after it was realised that mammals all evolved to develop an endocannabinoid system which cannabinoids like CBD interact with.
Many cultures and societies globally have already understood and documented these effects throughout history however, even with no science or chemistry to prove their anecdotal experience. We detail these cultures and how they used hemp and CBD in our write up here, so we won’t delve too deeply on this!

What are the other compounds in hemp?

As we highlighted, CBD is just one of the many cannabinoid and other chemical components of the hemp plant. When taken as a full spectrum or whole plant extract, hemp oils actually contain a huge number of other compounds, vitamins and minerals. Here’s a quick summary of each of the important chemicals and components that help with health in the hemp plant:

CBA is another cannabinoid (and acronym!) that stands for cannabidiolic acid. It’s actually the precursor compound to CBD, with the acid part (A) being removed via a decarboxylation method to distill it into CBD. It’s harvested from the same location on the hemp plant (stem, leaves, buds) and has a similar overall chemical profile and effect matrix. It’s less accessible in the human body however and much harder to deliver benefits than the more refined CBD, as it can block some of the interactions with the CB1 and CB2 receptors (meaning it has reduced efficacy).

When scientists first studied the cannabis chemical structures in the 1940s, the first compound and more simple structure was identified as CBN or cannabinol (not to be confused with cannabidiol). CBN actually comes from THC when it is chemically transposed via oxidation (from high temperatures or oxygen exposure). That doesn’t mean it is able to get you high, it’s inert in terms of psychotropic effect like CBD and has lower usefulness. What’s been shown for CBN is that it has some ability via the endocannabinoid system to assist with circadian rhythm management to manage sleep function and patterns more effectively. It may assist in deepening and lengthening sleep but this has not been proven or thoroughly drawn out in human studies.

Hemp seeds and hemp oils contain many helpful and electrolytic minerals like phosphorus,  calcium, iron, magnesium, potassium, and zinc. These are all critical for brain, heart and muscle health and can aid in exercise performance as well as recovery.

It’s true that many plants contain a huge payload of vitamins and hemp is no different. Containing vitamin E as well as more minor amounts of C and B vitamins (like folate), in addition to minor amounts of D3 which is critical for hormonal production and regulation.

Like fatty fish such as salmon or tuna, some nuts and seeds like chia, and some fruits or vegetables like coconut, CBD (as well as hemp seed oils) are rich in the natural fatty acids, omega 3s and gamma linoleic acids that have been shown to provide a big array of cognition, cardiovascular and hormonal function benefits throughout the body.

Essential fatty acids like omega 3 (alpha linoleic acid) is thought to boost brain function and help with areas like memory. They are also known to help with heart health and ensuring the proper function of the body’s blood flow and regulation. Like avocados and similar healthy nuts, CBD and hemp oil is rich in polyunsaturated and monounsaturated fatty acids. It also contains omega 6 with similar properties.

Gamma-linolenic or GLA is another essential fatty acid that is being linked to inflammation reduction and cognitive improvement that is also present in hemp seed and cbd oil.

What do people actually use CBD oil and hemp products for?

It’s important to note – these come entirely from the body! Humans have evolved to produce these naturally when cannabinoids are present in the body and these simply trigger their production and release. The endocannabinoid system actually creates enzymes and metabolises across multiple pathways similar to some pharmacies made anti inflammatory products, while being all natural and plant based.

The endocannabinoid system works across multiple functions in the body like sleep and circadian rhythm regulation, mood and general wellbeing, appetite and control of internal regulators as well as areas like homeostatic maintenance. It also assists or works on issues relating to:

Now that you’ve gotten across what CBD oil is and its make up chemically, as well as its numerous therapeutic effects via the endocannabinoid system, you can read up on more of its amazing and exciting effects at our blog.