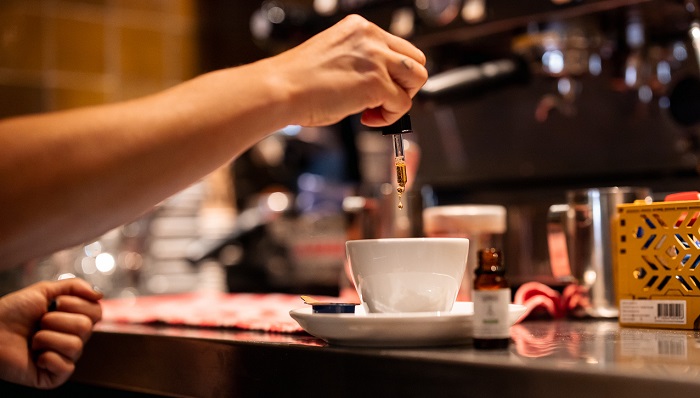 If you’re thinking about trying CBD oil you might be wondering – is it good for you or not? Before we examine CBD though, lets first introduce you to the hemp plant. This is what naturally produces the bioactive cannabinoids like CBD that have therapeutic properties. Hemp belongs to the genus of cannabis plants and has been used for thousands of years for the production of both useful, medicinal and intoxicating substances. Cannabidiol (CBD) is one of many naturally occurring cannabinoid compounds of cannabis. It’s one of at least 113 cannabinoids identified in hemp plants. CBD was identified in 1940 and was initially not realized to have therapeutic properties. As it was studied more, researchers found that CBD was in fact good for you and can assist with many health conditions. It has a number of distinct properties as a chemical compound that make it unique amongst health promoting plant products. But why is this and what is in it? Let’s take a look at the key ingredients and compounds that occur naturally in hemp extract and how they benefit your health.

CBD is extracted from hemp. The percentage of CBD in hemp can be up to 40% and it is particularly concentrated in the leaves of hemp. Cannabidiol can be used by the body in several ways. It can be inhaled in the form of vapor or taken orally via tablets. It’s also possible to absorb the active ingredient as an oil or tincture (without the addition of THC or terpenes), in capsule form, as dried powder extract or sublingual. The psychoactive part of cannabis is only found in the Tetrahydrocannabinol compound or THC. The intoxicating state is caused by THC molecules binding at the cannabinoid receptors. Sensory perceptions such as sounds, tastes and colours are intensified when its ingested. CBD on the other hand does not intoxicate or induce a psychoactive state. It is considered an effective method of self-medication, as it helps in reducing ​​inflammation and mental and physical illnesses such as arthritis and epilepsy. In addition, CBD hardly has any side effects and proves to be very well tolerated. When extracted from industrial hemp plants, CBD oil will not contain THC. These plants are specially bred to contain less than 0.2% THC content to avoid any psychoactive effects and the risks this poses.

Hemp is considered to be a plant with some of the oldest cultural links and uses in the world. It’s been used for more than 10,000 years and has been employed for around 3,000 years in textile production around the world. The hemp plant can be used in a variety of ways. In China it was used  to produce textiles up to 5,000 years ago and to create paper around 2,000 years ago. Hemp is considered a very popular raw product, which is mainly used in the manufacture of yarn, canvas and denim. Jeans in particular are tear-resistant when produced with hemp, but are also soft and are particularly comfortable to wear. The plant was first known in the Middle and Near East. During the colonial era, hemp spread, particularly through the triangular trade between Spain, Africa and South America as well as the Spanish colonies. Hemp has long been considered an extremely useful commodity. Its now grown almost everywhere. The main growing areas are regions with a subtropical climate, such as Turkey, Lebanon, Afghanistan and Pakistan. The hemp plant originally came from Central Asia, where it was also an important food source. Hemp seeds were considered very nutritious and were also used in the medical field to treat some diseases.

How is CBD oil obtained from hemp? Ultimately, the oil is the CBD concentrate extracted from the Cannabis plant. During the extraction process the so-called substance CBDa is first obtained which is an acid. When heated at low temperatures (a chemical process known as decarboxylation) it is converted to CBD. During this chemical process, the carbon dioxide molecules are broken out of CBDa. Scientific studies have shown that even CBDa has anti-inflammatory effects, however it’s not as effective as CBD medicinally. As a result, CBD is by far more popular in medical and pharmaceutical use.

CBD oil contains many important ingredients that are great for the body and mind either through their nutritional effects or therapeutic properties. Of particular interest are the flavonoids and terpenes in the oil. But it also is rich in vitamins, fibres and unsaturated fatty acids that help with cardiovascular health. During the decarboxylation process, these active ingredients remain and aren’t broken down. Only unstable ingredients like CBDa are chemically broken down.

Cannabinoids form about 80 of the 480 active ingredients in CBD oil. These affect the nervous system and brain in many ways. The main cannabinoids are:

Is CBD oil good for you?

The answer is most certainly yes. However the way in which is provides beneficial health effects may be somewhat surprising. By investigating cannabinoids, the endocannabinoid system in the human body was discovered. The endocannabinoid system was researched after the effects of cannabis on the human body were better known. It is involved in the regulation of various functions such as sleep, appetite, pain and immune response. The body produces endocannabinoids, neurotransmitters that can bind to cannabinoid receptors in your nervous system. In particular, it was recognized that cannabinoid receptors in the body are what enable the ECS to provide beneficial effects and function. The affected receptors are referred to as the CB1 receptor and CB2 receptor. These receptors are found throughout the body, particularly in the brain, nervous system, in the organs, in the glands, in the digestive tract, in the skin and tissue. However, most are in the brain. The CB1 receptor is associated with coordination and movement, pain, Emotions and mood, thinking, appetite and memories. CB2 receptors influence our immune system, inflammation and pain. So far it has been assumed that cannabidiol acts directly on the CB2 receptors. However, more recent findings indicate that cannabidiol has no direct effect, but instead influences the body to use more of its own endogenous cannabinoids. The ECS in our body is now considered one of the most important physiological systems to maintain homeostasis, balance and good health.

Because of these interactions with the ECS, CBD confers many anti inflammatory and analgesic health benefits. Its used for everyday complaints such as cramps, nausea, insomnia and aches. Cannabis was already in use from 2900 BC for the treatment of aches and pains. Recently, scientists have discovered that certain components of hemp, including CBD are what are responsible for the analgesic effects it offers. Studies have shown that CBD can help reduce chronic pain by increasing the activity of endocannabinoid receptors, reducing inflammation and dampening our sensation of pain. While most analgesic and anaesthetic drugs act on the central nervous system, the effect of the CBD oil occurs in the peripheral nervous system. Consequently neuron synapses are acted on directly. For those affected by muscle cramps, spasms or tightness, CBD can often help rapidly. Its generally much less effective for serious diseases such as multiple sclerosis, fibromyalgia and severe arthritis. CBD oil is not a cure for any disease. However, it can help in supporting better quality of life and reducing pain symptoms.

Anxiety disorders and depression are common mental disorders. These disorders have devastating effects on health and well-being. According to the World Health Organization, depression is the biggest disability globally, while anxiety disorders stand sixth. Anxiety and depression are usually associated with medication to treat these conditions such as SSRIs. These pharmaceutical solutions typically have a number of side effects such as drowsiness, restlessness, insomnia, sexual dysfunction and can cause headaches. In addition, medicines such as benzodiazepine are addictive and lead to drug use. CBD oil has shown promise as a treatment for anxiety and has proven itself as a natural treatment for many users.

It can also help with phobias or underlying stress problems that typically start in the parasympathetic nervous system. One study tested 24 people with social anxiety disorder. 600 mg of CBD was provided to the experiment group for a public speaking test. The group that received the CBD had significantly less anxiety, cognitive impairments and complaints in their own voice performance versus placebo. CBD oil has even been proven to be a safe treatment for sleep issues. Many of these mental benefits may be linked to the ability of CBD to target the receptors in the brain for serotonin. This neurotransmitter regulates mood, memory and social behaviour. Researchers believe that CBD’s ability to the endocannabinoid system and other brain signalling systems is what makes it neuroprotective. Although the research in this area is still relatively young, several studies have shown promising results for both anxiety and depression.

The extent of benefits that CBD oil can provide to the body and mind is becoming more and more evident. Not only can it assist with bodily aches, pains and issues like arthritis, it is highly anti inflammatory and aids in recovery. We’ve covered what CBD is, some of its history as well as that of hemp, and examined the key ingredients in hemp oil. Full spectrum CBD oil contains many antioxidative and therapeutic compounds – both cannabinoids plus naturally occurring fats, minerals and phytonutrients like omega fatty acids. While more clinical research is needed, more of the brain and mind benefits of CBD are becoming clear through its CB1 receptor pathways. Its helping many deal with anxiety, depression and stress, calming the mind and easing users into better restful sleep. Whatever you use it for, you can be sure its good for you and has minimal side effects.