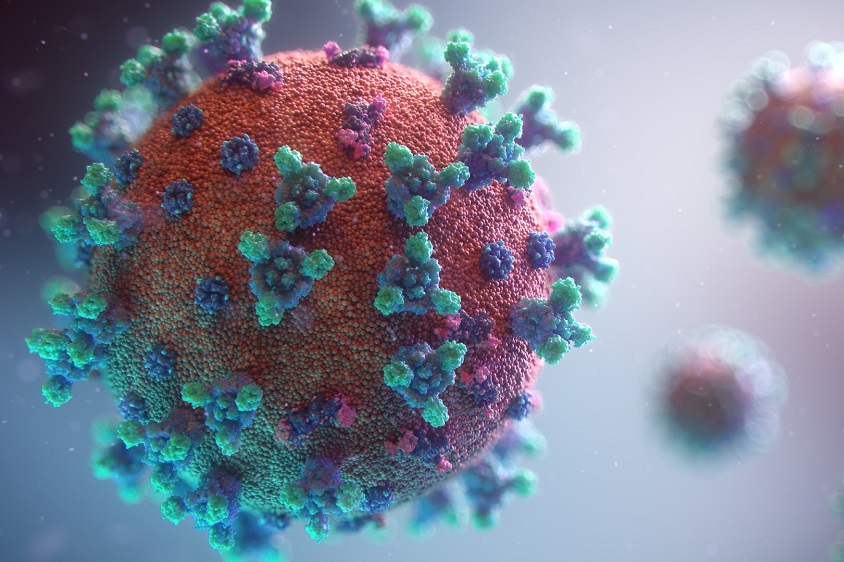 New, promising research has been released showing a direct ability for cannabinoids in hemp to prevent infection from COVID or the SARS-CoV2 virus. This is an amazing development, highlighting both the potential of hemp’s therapeutic effects and yet to be discovered applications. It’s giving more credence to much of the existing research into CBD and CBG for immune function – it’s already clear it has antimicrobial, anti-bacterial and many immune boosting properties. However rarely has it been shown to have efficacy against viruses particularly those as well known and feared as COVID.

How does CBD and CBG work against COVID?

Hemp (i.e. cannabis sativa) contains more than 400 different cannabinoid compounds and many other minor phytocannabinoids. Each of these has different pharmacology, effects and responses in the body and immune system. Not all are useful from a therapeutic standpoint but some are powerful. The two compounds found to prevent COVID infection were cannabidiolic acid or CBDA and cannabigerolic acid or CBG. CBDA is actually a phytocannabinoid, known for its anti-inflammatory and antimicrobial properties. It’s a precursor of CBD and likely also has anti-anxiolytic effects.

When consumed into the body it was shown that these compounds could ‘bind’ to the spike protein structure of the virus, stopping it from binding with cells and attacking them to replicate. The study from Oregon State University also indicated that these cannabinoids had high bioavailability (easily absorbed and used by the body) as well as being very safe for use with a lengthy history of safety and therapeutic usage in many studies and populations. Importantly they also functioned to stop SARS-CoV2 alpha and beta variants, plus may even help with delta and omicron which is great news. They may help both in preventing infection as well as treating those who are already affected by COVID. All of this while being non toxic, non addictive and completely naturally occurring nutrients from plant sources. Hemp can even be selectively bred to increase the concentration of CBG and CBA that protect the cells and help them fight viruses.

In the study oral ingestion was used. However we know from the bioavailability of hemp extracts that cannabinoids can be ingested via other means including sprays, sublingual’s and strips which is good news for those who don’t like oil or edibles. It’s also important to note that these are not psychoactive compounds – they can be found in hemp seed oil or hemp oil which contains no THC (tetrahydrocannabinol – the ingredient responsible for cannabis’ ‘high’). Antiviral drugs typically act on similar pathways – targeted at stopping viruses from binding with cells to replicate. This new study indicates CBG and hemp extract may offer antiviral effects and see wider spread adoption in clinical settings.

Anti-microbial and anti-bacterial properties of CBD and CBG

There are already significant in-roads being made in uncovering the health promoting secrets of cannabinoids. It’s already been shown that CBG has antimicrobial effects – even on antibiotic resistant strains of bacteria like MRSA. Studies from Canada demonstrated the effect within mice, opening up the pathway for further research and development towards human trials. CBG is able to weaken the bacteria’s protective layer, helping antibiotics penetrate bacterial cells and destroy them before they can replicate further and take hold in the body. MRSA is a serious issue due to rapidly becoming more and more resistant to new and ever more powerful antibiotic drugs, creating a major problem for hospitals. A single infection or exposure can be deadly in many patients. While hemp extracts with CBG may not be enough to fight the bacteria on their own, in combination with other treatments they have the potential to amplify efficacy and improve patient outcomes. It may be the next tier of defense needed against deadly antibiotic resistance strains like golden staph and MRSA.

Other compounds in hemp shouldn’t be discounted. Terpenes, flavonoids, chlorophyll and other antioxidants that hemp is rich in may also provide support for immunity against viruses and bacteria. As fragrant, organic plant nutrients, terpenes are unique in their ability to stimulate the ‘entourage effect’ in the body via the CB2 receptors. This effect enhances the efficacy of other compounds like CBG and CBN in the body, improving their take up and metabolic function. It’s only contained in hemp oil that is classed as ‘broad spectrum’ and not isolated oils which contain only CBD. They can be found in many plants like lavender and tea trees and may form part of the plant’s defense mechanism against insects which could help explain their helpful properties towards immunity.

What the future holds for research

The importance of understanding and unlocking the power of hemp can’t be understated. Its therapeutic potential and broad variety of applications for many ailments is evident. With antibiotic resistance on the rise, the use of CBA and CBG as part of hemp oil may see increased research, funding and application. It’s important to note in almost all the research including from the World Health Organisation and numerous clinical bodies, there have been minimal side effects and risks associated with industrial hemp extracted oils. As an added advantage they don’t cause harmful side effects and implications of more powerful drugs like strong antibiotics which lead to bacterial resistance. They’re also highly bioavailable and quickly absorbed into the cells by the body to stimulate immune support and anxiety reduction.

In the future we may see topicals developed as hemp based creams in order to treat skin infections and viral or bacterial conditions on the surfaces of wounds. Surgeries and doctors may look at prescribing hemp products for everyday problems like eczema, psoriasis and minor scratches – both for its antibacterial properties as well as being able to soothe, moisturize and reduce pain. No matter your take, the clinical support and scientific research on the promising benefits of CBD oil is clear. Many may begin dosage regimes in order to assist in preparing their body against infections from viruses or bacteria and strengthen their cell defences. Anti-inflammatory properties of cannabinoids and phytonutrients in the oil not only assist with immunity but help with other issues like arthritis. Inflammatory conditions are the root cause of most diseases in the modern era. Inflammatory markers and their associated cell damage through free radicals and pollution cause decay to the body and immune system over time, so supplementation through CBG and CBD could be one of the keys to increasing our body’s natural immunity as we age.